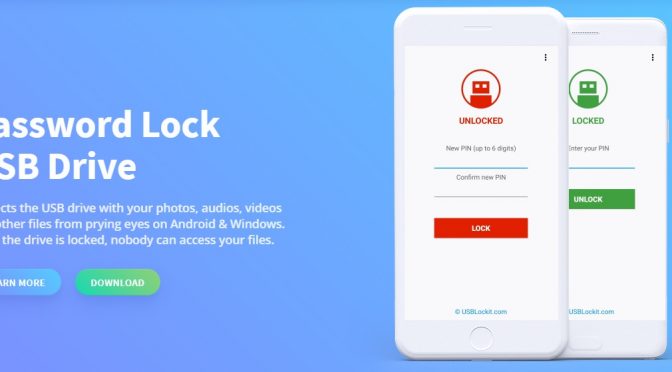 This application enables you to set a pin-code protection to your USB flash drive. Once this has been done, the drive is effectively locked until the correct pin is entered. Once the drive is locked, one cannot read no write to it without the correct pin.

With this software, all your photos, audio, videos and other files stored on a FAT32/exFAT formatted USB flash drive can be easily protected from prying eyes. When you lock the drive, unauthorized access is prevented in all Operating Systems.

“We are happy to announce the new app release which is user-friendly and protects the USB flash drive with the private files effectively. The fact that the software is available for Windows and Android means that it is ideal for anyone who works with PC or Smartphone”, says Nicola Bezze, CEO of USBLockit.com

Sesame allows users to lock and unlock their doors using the Sesame app on their smartphones. It is the only smart lock that syncs the movement of the lock with the phone, providing exact control of the angle to which the lock turns.

Gu is a mechanical engineering master candidate from Stanford University. Originally from Taiwan, Gu is someone who usually thinks outside the box. Disruptor, troublemaker, entrepreneur, as he calls himself.

“There has got to be smarter ways to live our life,” Gu said.

Gu said he got the idea for smart lock due to his experience living in Asia where technology is relatively less developed.

With five-patented design, Sesame works with just about any deadbolt in the world. Users can install it in seconds, without replacing existing lock or removing anything. Current model is optimized for US/Canada/northern Europe Markets.

CANDY HOUSE also offers optional access point, which connects Sesame to the Internet when plugged into any nearby outlet. It lets users control Sesame wherever they are.

With Internet connection capability, users can allow guests in remotely. They can also control who has access and when. To ensure safety, the Sesame app also sends out a notification whenever the door opens or closes.

About CANDY HOUSE
Founded and developed by Stanford University students, CANDY HOUSE, Inc. is a candy store that sells dreams, putting the joy and surprise of innovative technology in the hands of consumers, just like candy. It is also a design house, developing and manufacturing products that inspire a minimal lifestyle. It launched its first product – Sesame, the world’s first instant smart lock – in February 2015. For more information about CANDY HOUSE, Inc., visit the site online or follow it on Facebook or Twitter.

The smart lock, which allows users to control their door with a smartphone app, attracted thousands.

Connected to users’ phone via Bluetooth, Sesame allows users full control of the lock, even to the exact angle a lock turns. With the optional Wi-Fi Access Point that connects Sesame to the Internet, users don’t even have to be physically near Sesame. The remote control feature allows people to send access to their friends and keep track of whether the door’s locked wherever they are.

With five-patented design, Sesame works with just about any deadbolt in the world. Users can install it in seconds, without replacing existing lock or removing anything. Current model is optimized for US/Canada/Singapore/Norway/Sweden Markets.

With market of Internet of Things (IoT) expanding rapidly, backers are turning more and more attention to smart gadgets that make their life easier. Founded by two students from Stanford University, CANDY HOUSE Inc. designs and manufactures products that inspire a minimal yet joyful lifestyle.

Wallet, keys, and cell phone. People used to bring three things when they leave home. Now walltet is gradually replaced by keys. The Starbucks app pays your green tea frappuccino, you Venmo money to a friend for getting late-night pizza, you hop on a Uber without worrying about cab fare or tip.

“With Sesame, the next thing to disappear are the keys,” said Gu.

SUNNYVALE, CA, January 06, 2015 — /EPR ELECTRONICS NEWS/ — With a $25,000 initial goal for the development of MagTarget Wireless Charging System for iPhones, iPads and Android, MagTarget LLC has launched a crowdfunding project on Indiegogo. “In order to keep your devices charged throughout the day, we’ve designed a series of docks with a smart magnetic interface to hold and connect your phone to all common areas of one’s life such as the car, home and office.” said Jean-Michel Thiers, CEO of MagTarget. “It’s so simple in its design and yet outperforms all the more complicated wireless chargers currently on the market.” 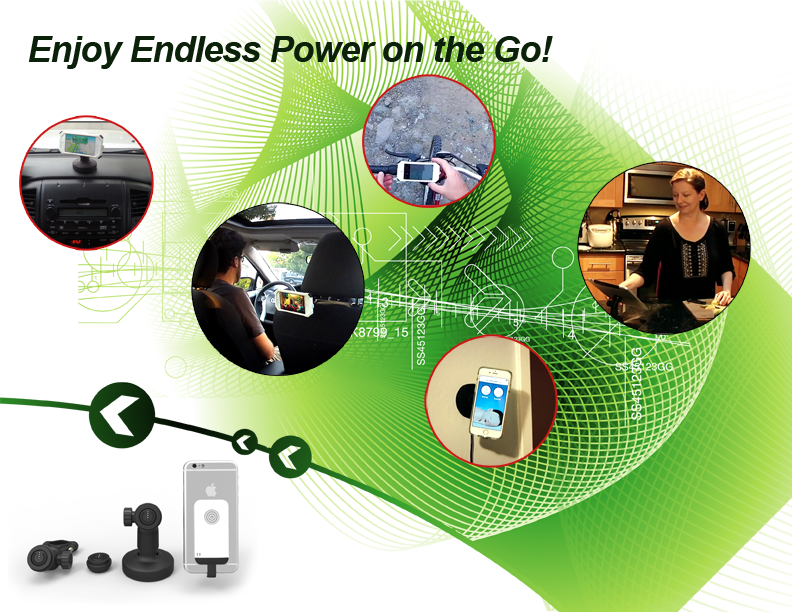 Wireless charging is not new, but current systems are not designed for convenient use throughout the day. MagTarget’s wireless magnetic power docks merge the worlds of wireless chargers and mounts into a simple solution. The patent pending magnetic charging system allows simple touch-to-charge and the flexible design of the mounts provide endless powers on the go! MagTarget also offer wire-free USB connectivity to perform tasks such as downloading photos or using your device as an external drive, without having to pull out a wire. To provide the best user facing experience possible the docks are fully adjustable and allow the phone to rotate from portrait to landscape while still maintaining electrical connectivity. When installed in the car the MagTarget dock can alleviate the fear of running out of power while using the phone’s GPS. Powerful magnets keep the phone in place while driving or biking around town. In fact the current lineup of MagTarget mounts provides twelve pounds of pull force to hold the five ounce iPhone in place. This holding force is focused on the center of mass of the phone with makes it easy to disconnect with a simple twist.

MagTarget works with all iPhones/iPads and Android/Windows phones/tablets that have the charging port at the center bottom (which covers the majority of devices). Users can place MagTarget directly on the device or on their favorite case. The patent pending design also has a standard camera mount on the bottom (1/4-20). This allows the use of a whole array of other mounts from suction cups to tripods and everything in between. In addition, MagTarget will be offering its technology, on the device side, free of any license fees via an Open-Source setting. This will allow other manufacturers, in addition to MagTarget, to design cases to cover upcoming devices.